Andrew 2.8i wrote:I hope that everybody who went had a great time. You couldn't have chose a better weekend for the weather.

As far as I am aware those that made the effort had a great time and we should be doing it again in 12 months which will be great for the 'next year' peeps - hope you can make it.
It was a scorching weekend which had us seeking shade, sometimes in the pub which was an excuse to watch a certain game of football Saturday afternoon which ultimately added to the weekend. Great to meet Danny and his lady Alice and somehow Mark talked his better half Fiona in coming along too. Most of the usual gang were there but special mention to Dan and his Mum who detoured in Friday to say hello despite having another engagement, to Daisy for turning up late Saturday and also to John who took time out to call in today. Hope you all can get back for a bit longer another time.
Had a good run home, 2 hours 20 for about 150 miles but it sounds like my end of life front exhaust section is even closer to the end now! 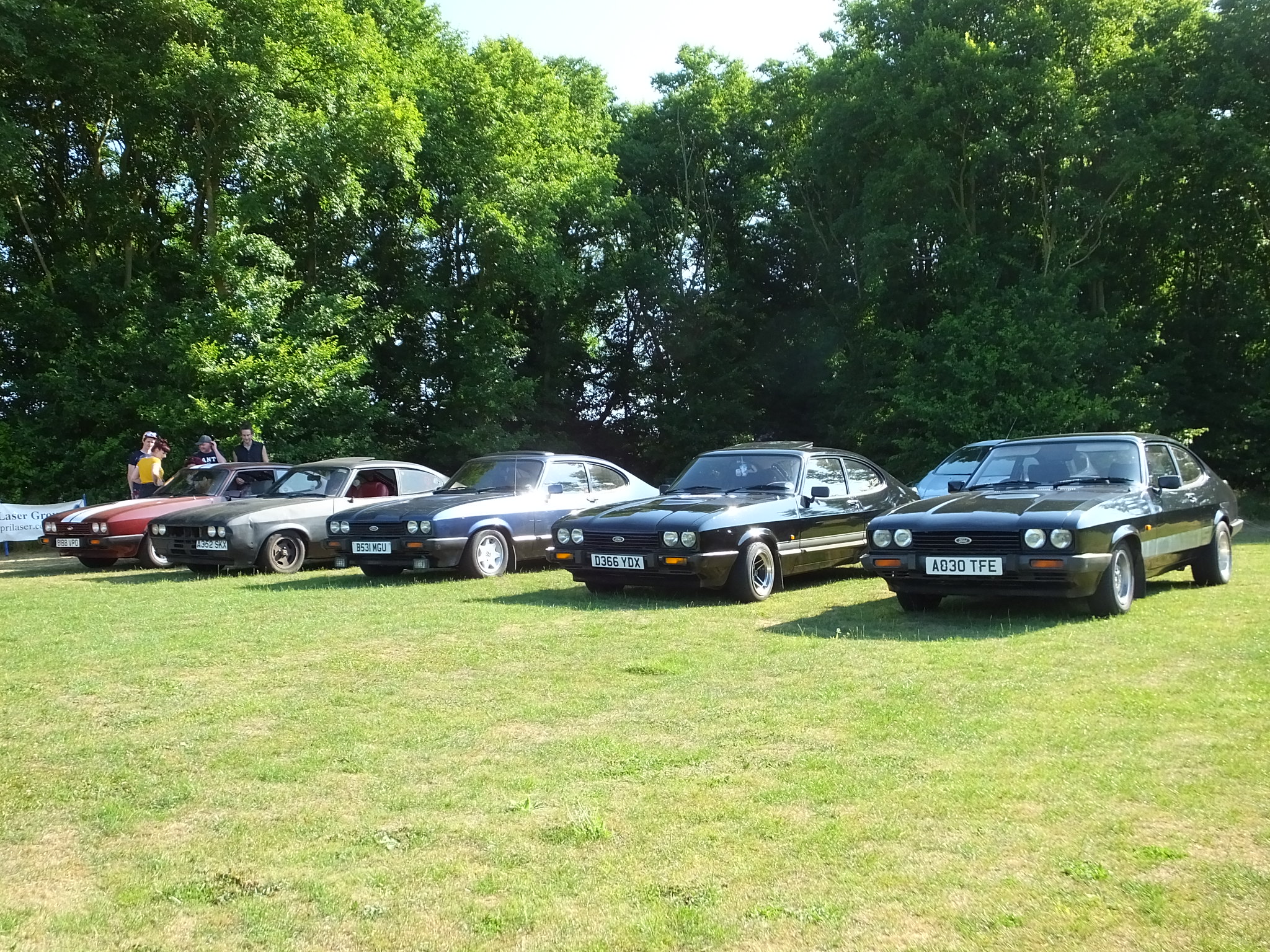 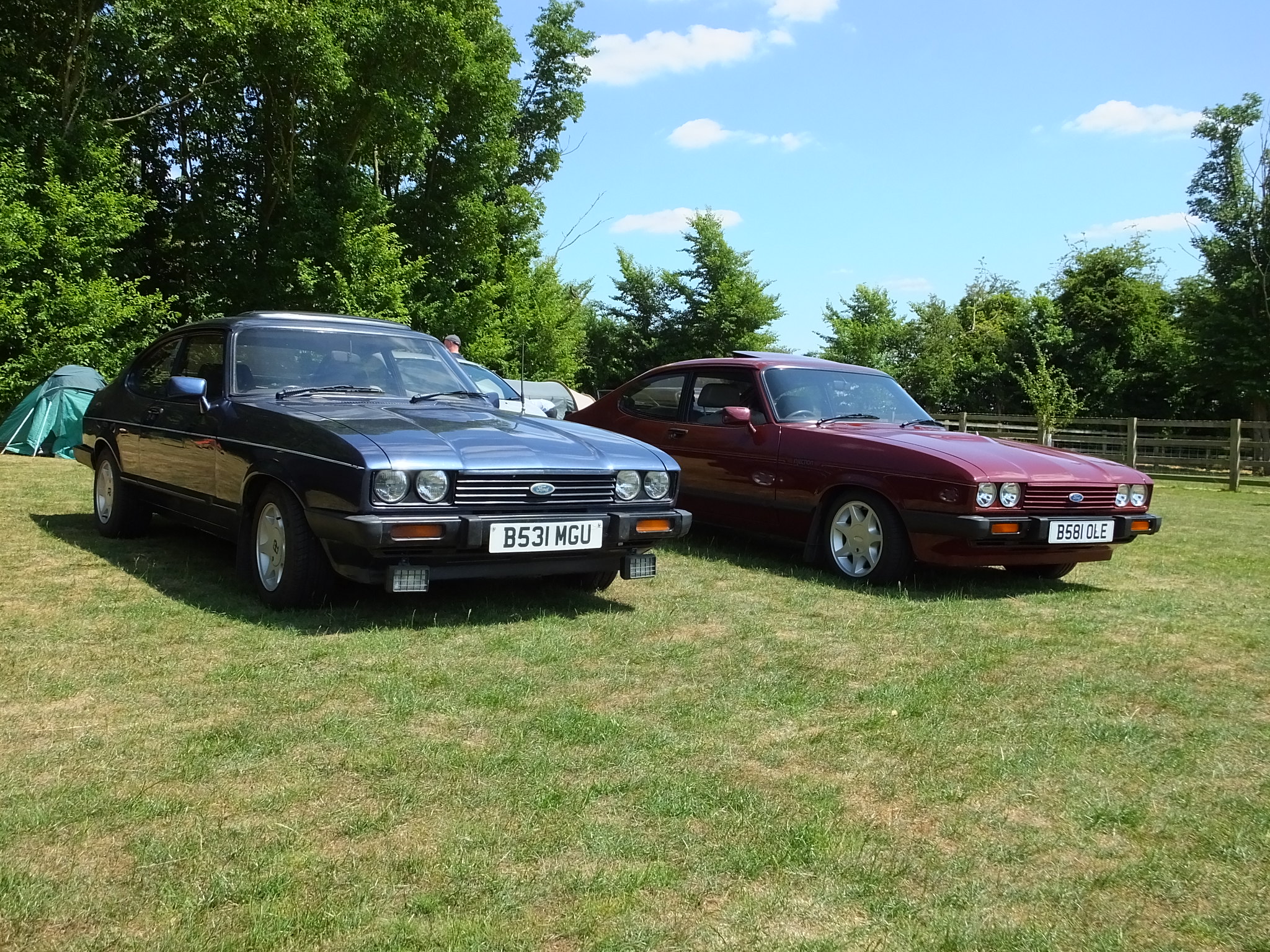 Thanks for a great weekend guys! Definitely up for this again next year, will have to make sure I'm better prepared next time though!

Cheers
Danny
A wise man once said... "you can never have too many capris - buy another"

Another great weekend, thanks and well done to Peter for organising it and to everybody who came along. It was good to meet some new people and some who I for one hadn’t seen for years. The weather was seriously hot but the pub was a bit cooler and seeing England go through to the semis was the icing on the cake really!

Fiona actually really enjoyed the weekend and said she will come next year which from a non-camper is praise indeed! We had a good run back, it took just over 3 1/2 hours thanks to a combination of 220ish bhp, a light car and Fiona’s not-so-light right foot.... We were thinking of you guys without air con though it must have been torture!

See you again next year!
Top

Windows down, steady seventy on the clock, car ran nice & cool, a 'classic cruise.'
As usual, good to meet up with like-minded souls & always good to welcome newbies to CRaP. Peter sorted the organising, Dave Truck sorted the Barbie again, and thank the lord for big birch trees

Glad you all had a great weekend. Was a shame I could not make it in any shape or form but was melting on a bleedin bus all weekend !!! Managed to get home in time to get the second half of the footie though on Sat

Cripes I take my hat off to you all. You did well to survive in that heat...tbh I dont even know if I would as I really dont like that extreme heat...but thankfully you had the pub to escape too....nice one ! Great that a good few made it and some called in to say hello. In that heat without air con jeepers you all did well. !

Great news re the hoses Peter. What a test for them too in that heat. Glad they perforned well. Good old Samco

Great couple of pics Peter. Looking forward to seeing some more. Hopefully next year I might actually be able to pop along and camp. When I get my new rota book I will fast forward to early July and see where my long weekend fits in

Also glad you all had a great time was thinking of you all in that heat .

Yeah that was great, ace to see you all again. Me and Julie Ann stayed another night to make the most of that weather.. really good weekend so it was! Just ordering some new shock absorbers now as I killed the spax adjustables

I'm the one that leaves all those shoes in the carriageway.
Top
Post Reply
27 posts