Hi
thanks for advice on positioning of the switch
Is that where it would of been fitted from Ford?
I Still need to get a wiring harness so
If anyone has a new or used one
Please let me know or alternatively
I may get one made as there are a few companies that make harnesses.
Currently the 28 is in the air with the wheels off
Being cleaned along with the engine bay as well
Tried adding pictures but keeps telling me the file is to large?
Top

Jasonmarie wrote: ↑
Thu Feb 04, 2021 10:58 pm
That was quick best of luck fitting switch goes left hand side in the pre cut hole that your note when you drop the panel .

Yes.... which hole?
Still need to find a wiring loom
Which is proving a tad difficult at the moment
Plus side is my lights and mounting kits have arrived
Tried to load pictures but keeps telling me file is to large?
Top

That looks different to mine as I have the blank for a choke as well ? Is the 280 dash black ? As I have the grill the 2.8 have on mine but in grey guess it must fit in one of these two holes ? 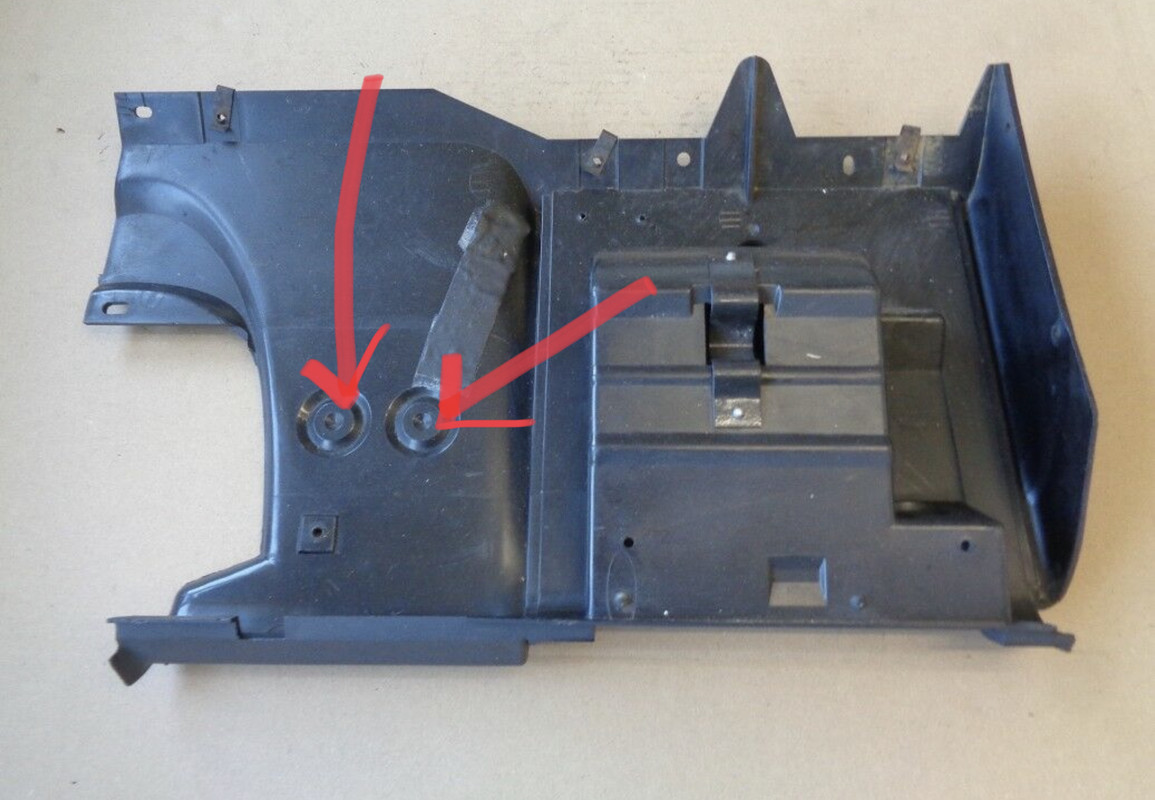 I forgot to write that picture is from LHD (couldn't find RHD quickly). It's the center section with ashtray. Blank for choke is on right section for RHD (left for LHD) with hazzard lights and radio fader, isn't it?

And yes, one of these two holes, but which is correct? It isn't clear for me from your previous picture of switch.

Try to make it smaller. How much MBytes is one picture?

I made few attempts to attached photo and it should be smaller than 2MB.

I don’t think it matters just down to the individual, mine is closer to the steering wheel . Fog and spots would have been fitted at the dealers so they would have just used a universal wiring kit with a relay . I did think there was something wrong with the picture so it’s left hand one

Those lights and brackets were a good find

Surprising what's still around if you look hard enough.

I get bored too quickly with the awkward to reach bits

Which part number has this fog light? And please could you send me dimensions X and Y of fog light glass?

Are you thinking of getting ford lamps?
I found a third lamp and brought that as well
Just in case a stone breaks one.
Lamps found in cypress and brackets in wales
Top

Pda.autos wrote: ↑
Sun Feb 07, 2021 7:55 pm
Are you thinking of getting ford lamps?
I found a third lamp and brought that as well
Just in case a stone breaks one.
Lamps found in cypress and brackets in wales

Probably no, it would be too much expensive for me, I think.

I'm curious, because some time ago I tried to find correct dimensions of original fog lights and only way was comparative measurement from few Capri photos.

When I bought my Capri, there already were that Hella lights, but they weren't fog lights but long range lights. So before I ordered new fog lights, I had to find out which model: Comet 550 or smaller Comet 450. From photo measurement (which is confirmed by your measurement) I found out that Comet 550 are little bit bigger than original Ford and 450 are smaller than original but also have wrong proportion (X and Y relation). So I bought Comet 550, little bit bigger but right X and Y relation.
And I wanted to position them right (like original) according to bumper, so I made my brackets, because original Ford brackets don't fit Hella light, I think.

Looks good as well
Is that glacier blue?
I used to own a glacier blue over caspian blue 2.8
As well as my black 2.8 and an XR2
I brought it from the actor Peter Vaughan
Who played Grouty in porridge
Lovely car and great guy
He sold it to buy an RS turbo escort
Top

Just a thought, but during my searches I came across a
New old stock company that had the Ford labels that went in the center of the lamp for about £6 I think
Can’t remember the name of the company but
There’s not that many companies that do this sort of thing so wouldn’t be hard to find?
Top

Pda.autos wrote: ↑
Tue Feb 09, 2021 11:03 am
Looks good as well
Is that glacier blue?
I used to own a glacier blue over caspian blue 2.8
As well as my black 2.8 and an XR2
I brought it from the actor Peter Vaughan
Who played Grouty in porridge
Lovely car and great guy
He sold it to buy an RS turbo escort

In fact it should be glacier blue over caspian blue as well, but when guys in Spain restore it back in 2007 (8 years before I bought it), they repaint in glacier blue whole car. So no two paint job now.

Interesting story with Peter Vaughan. And serial Porridge looks good, high rating. I have to check it...