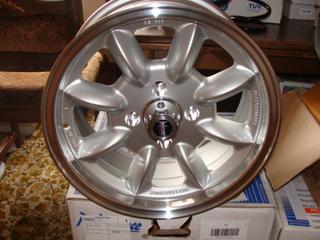 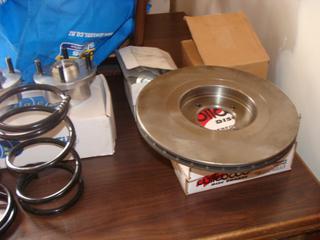 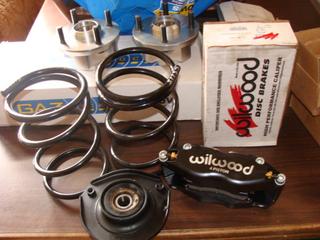 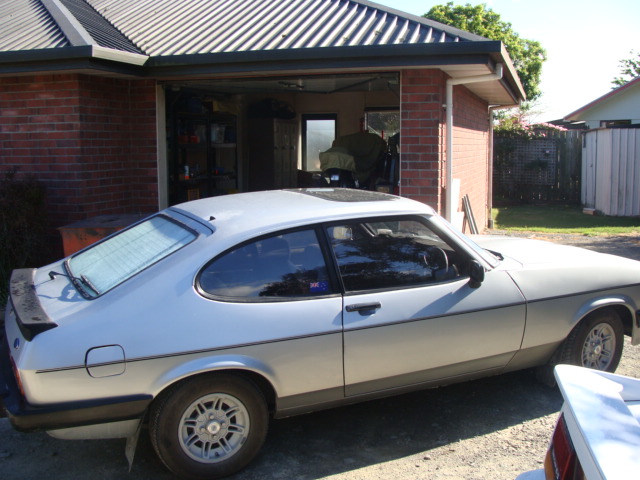 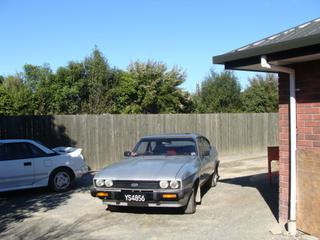 Hi , This is more about posting images ( sorted ), I got my Capri in about 2010 when after giving up going back to work after a bike crash I lost my company car and needed a vehicle 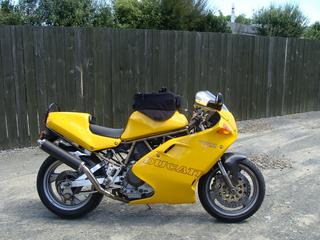 and at about that time my fav Uncle saw occasion to dump his bitch wife and somewhat predictably she made a play for the real love of his life so he offered it to me on the proviso that I told her he sold it for a stupidly low price ( just to really #uck her off ) I was only to willing to comply for the obvious good reason , plus I wanted the car. Uncle bought the car in from the UK in 1987 and had owned it since then. I got it with 100,000miles on it and it was a bit smokey. I have rebuilt the motor , usual stuff , pistons , rebore , grind crank new bearings and balanced , new stock Ford cam ( set a 108 deg lobe centre with Burton power pulley ) I ordered a engine recon kit from Clegauto in the US on ebay ( good people ) landed here for what a set of bare pistons would cost me here ( I got pistons , rings, gaskets, bearings inc cam bearings , oil pump and seals ), problem was , and this didn't show up until rebuilding after machining , was that the pistons were low comp jobs and I think I took 70 thou off the top of the block to get them flush ( 9.75:1 comp ) and that was the main reason for the power pulley to get the timing right. I have put eurathane bushes everywhere they make them for , vented 247mm discs , reconned the rack, fitted a t9 , re bushed and sealed the wind screen wiper shafts . The underside of the car is dripping with some goo and the only rust is round the left headlight shell , wee bit of body and bumper damage ( bitch Auntie was an impact parker ) and the parcel tray is custard where the rear screen leaked on it .
Any how after doing 40,000miles on it me Ma bought a new car and I got the old one ( Toyota Caldina 4wd 3sfe and auto ) Right leg injuries ( getting it chopped off soon ) was making driving a manual harder ........so we get to the bucket list thing , I have always wanter a V8 and to that effect I built the Rover in the Gaz inserts thread in Q&A .... in 1997 and fitted into my Mk2 Escort 2 door and things were going well but slowly until I crashed the bike , and after a couple of years struggling with recuperation ( 26 opps ) I gave up and sold the car to some young royster and kept the motor ( spent heaps of doing that up ).........along comes the Capri and the urges began again . I originaly sorted it with a Toyota w57 5 speed ( in previous pix ) but the the up coming amputation is going to leave me a bit short on feet to drive a manual so I bought a ZF 4hp22 4 speed auto ( over drive and lock up converter ) full hydraulic ( no ecu needed ) just 2 wires for the lock up solenoid , and that's about where we are at now . Crapi is parked up while I fix the fence , re roof the cave and rebuild the covservitory before the axe comes down. I have a wonderful partner , she is a petrol head from way back ( she has 9 brothers ) and I wouldn't get jack shit done without her 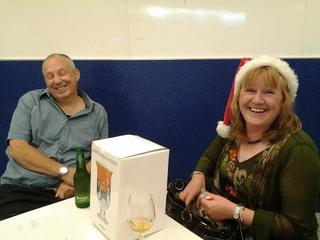 ( us at a Christmas do )
Hamish
you gotta make the most

Nice background and insight into your motoring history, I enjoyed reading, thanks for sharing

Sorry to hear of your health issues, you must have a powerful mindset to come to terms with what you are facing.
Top
Post Reply
2 posts • Page 1 of 1