Owen, I don't know if you've done drum brakes before, usually it's 12 o'clock and 6 o'clock positions with a wide screwdriver or chisel and try to jiggle between backplate and drum. Are you near Manchester?
Top

I've not done the drum brakes on a Capri yet,only on my Cortina and Sierra,and the wheel cylinder is at 12 o'clock position. I've just checked,on the Capri they sit in this position 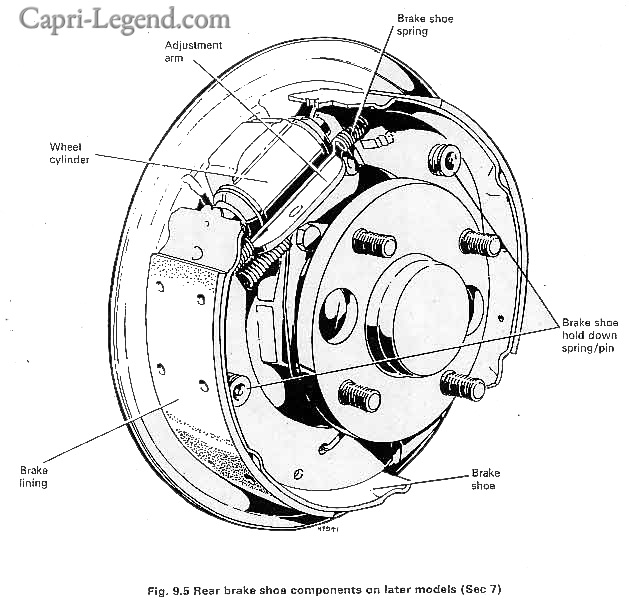 And,a tip,drill a small window in the backplate where the cogged adjusting ratchet is,so you can adjust the shoes with a screwdriver when the drum and wheel is on. This is what I have done on my Cortina. 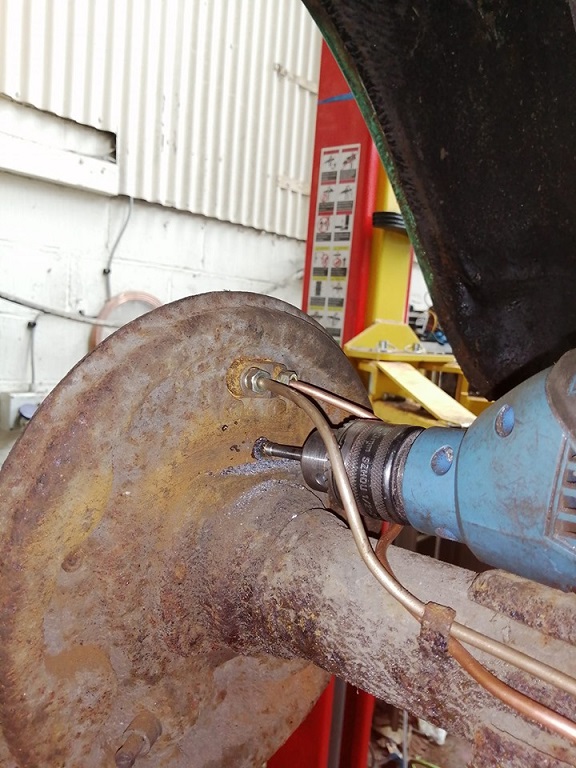 Undo the handbrake cable & rod from the rear arms. Take off the plastic back-stop that is fixed to the arm with a little plastic pin. Hammer the arms toward the backplate to remove any tension working on the shoes. These arms are renowned for seizing at the spindle so they might be working against you! The drum will have a wear-lip around the back edge and the shoes may have self-adjusted outwards which can mean they catch behind this wear-lip, this affects the tops of the shoes as this is what both operating mechanisms (foot & handbrake) work on, the bottoms are just against a fixed mount. Try to work the bottom of the drum off first, if it does move off the hub flange a bit then tap it back on half that amount, this re-settles the shoes stopping the rearmost edges catching the lip on the drum, they tend to twist inwards as the drum pulls them meaning the rearmost outer edges effectively 'put the brake on'. Keep moving the drum off a bit then back on a smaller amount. Newspaper or cardboard on the floor will collect the big pile of black dust that will drop out.
Top

Did this ever get resolved?
And is it all set up and working properly now?
Top

It's incredibly rude, after all the help given.
Top
Post Reply
26 posts